After weeks of extensive testing, we are proud to finally introduce our upcoming patch 2.0 for 100% Orange Juice.

In many ways, as befits the version number, this build finally encompasses our vision of how we always wanted 100% Orange Juice to be.

– Added a new boss character, Big Poppo. Big Poppo has a 10x Player Level chance of appearing for non-Poppo players in place of another boss when encountering one on any map. Any stars lost to Big Poppo will be distributed between Poppo players in the game. 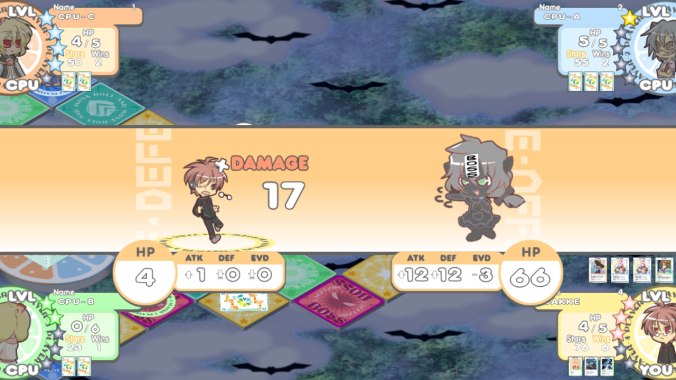 – Added a new field effect: Poppogeddon. Every 6 turns, all non-Poppo players are assaulted by Big Poppo. Poppogeddon has a 50% chance to steal another field event’s place when not chosen for the map.

– Using Ubiquitous on Kai now steals their player’s credit card info, instead of their wallet as previously.

– Corrected the tooltip for Ubiquitous to reflect the actual effect. New description: “Move to target unit’s panel. In addition, steal 10% x their level of their player’s soul.”

Barring any technical difficulties, version 2.0 ~The Poppoing~ will roll out on Steam very shortly. We are very excited to see the reception.