The scenario translation for War of the Human Tanks is proceeding at a great speed ever since we concluded our work on the game’s rather extensive battle logic. 7 of the game’s 13 chapters have now passed through editing. While initially preparing the hand drawn maps was being delayed by the script translation since we wanted them to reflect the battlefields as accurately as possible, the maps have now trouble keeping up. This doesn’t affect our release schedule, since there are a lot of other steps to go through even after translation is complete.

We wouldn’t want anyone to get bored while waiting, so we opened up three more sections of the War of the Humans homepage and updated the screenshot gallery. By browsing the System Tab and its sub pages you can learn about many aspects of our game and how to play it. These pages double as the game’s online manual. Have fun checking them out.

As a special thanks for the thousands of people who watched our first teaser trailer this week, here is a clear sketch from one of the scenes in War of the Human Tanks: 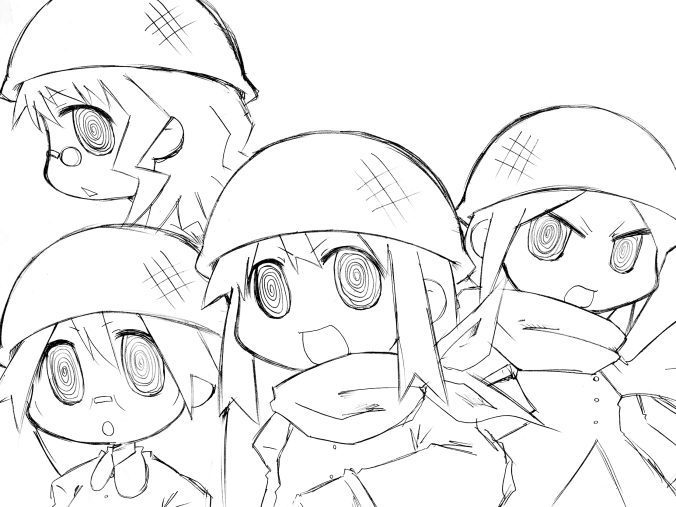