So last week we said we have great news. Indeed, as I am happy to say that translation & editing for War of the Human Tanks is now FINISHED! That’s definite cause for celebration (and a few beers). Big kudos to Yoshifumi who finished translating the last scenarios in record time. The whole staff has had a blast playing them and most of us are now at 100% completion rate. 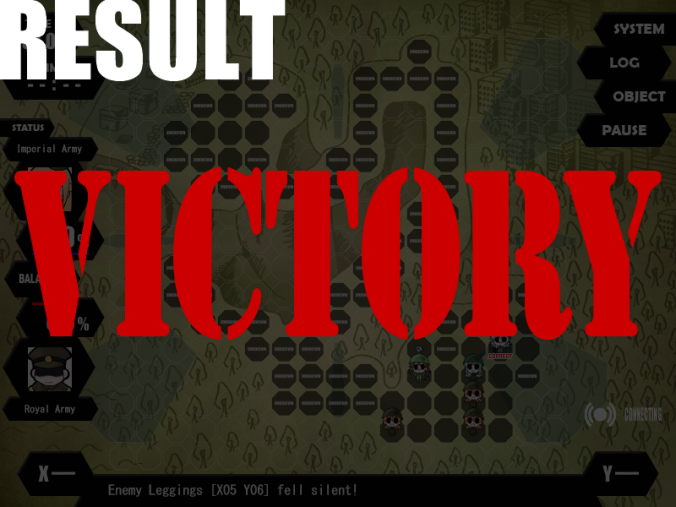 I don’t think we’ve specifically mentioned it anywhere, but the game has 2 main routes and 4 different endings, and completing a route unlocks new challenges for you. There are a total of 29 different battles (edit: 31 now) to unlock and fight through as you play the different routes. So there’s quite a bit more to the game than just playing through it once. It took us some 20 to 30 hours to reach completion, depending on the person. It was interesting to see how each of us approached the gameplay with their own philosophy.

So where does that leave us? We already announced earlier that we’ll be releasing the game this fall. We’re well on schedule for that. There are some things still left to do, however:

So this is mainly what we’ll be doing over the next few weeks, after sobering up from the celebration.

Look forward to the game this fall!

One thought on “War Report #2”