The day has come. The troops stand prepared. Are you ready?

War of the Human Tanks is now officially out.

The first pre-orderers have probably begun playing the game already, and we’re hoping they’ll have a jolly good time of it. 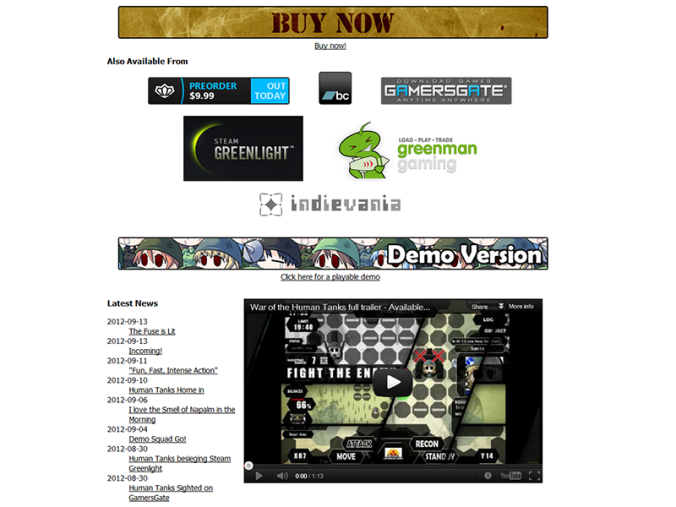 To celebrate the launch of our first title, we’re having a 10% launch week discount campaign. Go grab yours at the nearest (hah!) digital retailer!

In additional news, Green Man Gaming came through today, and you can now find War of the Human Tanks listed there as well, in addition to Desura, GamersGate and Indievania!

The reviews are still coming in. Clark A. at Digitally Downloaded gave War of the Human Tanks 3.5/5:

“It’s absolutely a worthy title in its own right. The character banter is thoroughly entertaining, augmented by solid combat.”

But don’t just take his word for it when you can check out the free demo featuring first 5 full episodes of the game.

One thought on “Human Tanks, Charge!”